A marine hopper closet (toilet) unexpectedly arrived at the Queenscliffe Maritime Museum one Sunday in late 2014.  Having been caught up in the net of a trawler which was fishing off the south east coast of Victoria, the closet was fresh from the ocean and still smelling of the sea.  The first course of action was to immerse the closet into a tub of water. The second action was to notify Heritage Victoria’s Maritime Unit of its arrival.

The brass and ceramic toilet C1860s was in quite good condition and a decision was made between Peter Harvey, Heritage Victoria’s Maritime Unit and the Museum to seek funding to have the closet conserved for display at the Museum.  An Australian National Maritime Museum (MMAPSS 2014/2015) Grant made the preservation possible.

In January 2015 the closet headed off to Melbourne University’s Centre for Cultural Materials Conservation under the watchful eye of Suzie Collis (CCMC staff member).

The Hopper Closet formed a case study focus for a Winter Teaching Intensive (teaching workshop attended by Masters level students) delivered by The University of Melbourne Grimwade Centre for Materials Conservation which commenced on July 20, 2015.

As part of the conservation program, Museum representatives and Heritage Victoria’s Jane Mitchell attended the Centre for Cultural Materials Conservation at Melbourne University on Tuesday 21 July 2015. Dr Ian MacLeod, (metal conservation scientist, Western Australia Museum) was conducting lectures and advising on the conservation of the hopper closet during that week so we were able to see first-hand how the project was progressing and hear his comments on the condition of the closet and the estimated time needed to complete the restoration. 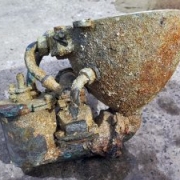 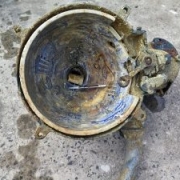 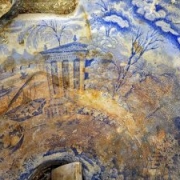 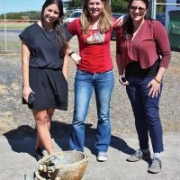 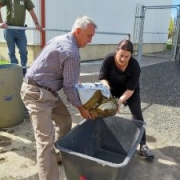 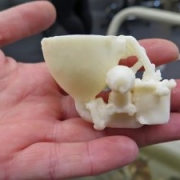 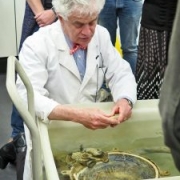 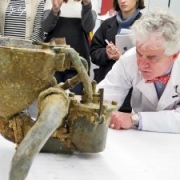 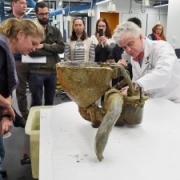 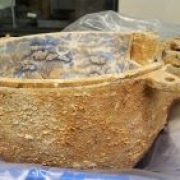